Create an Account - Increase your productivity, customize your experience, and engage in information you care about.

Alan Riffel is a graduate of the University of Oklahoma, and has 40 years of municipal government experience. Mr. Riffel is also distinguished as a credentialed manager by the International City Managers' Association.

Woodward has also worked to redefine its role as a major center for energy development by embracing sustainable energy generation and transmission, coupled with the traditional resources of oil and natural gas exploration and production. Now considered as a hub for energy, the region has seen over $2 billion of investment dedicated to that industry. During Mr. Riffel's tenure, the city has collaborated with many entities to encourage this new avenue of community growth. 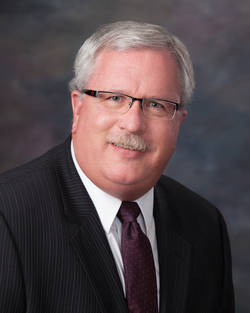 Mr. Riffel was recognized in 2009 as Oklahoma's Outstanding City Manager by the City Managers' Association of Oklahoma. In 2005, he shared the distinction as the state's Public Official of the Year, as named by the Oklahoma Department of Emergency Management. In 2009 he was awarded Outstanding City Manager from the City Managers' Association of Oklahoma and in 2016 was inducted into the the Oklahoma Hall of Fame for City and Town Officials.  Mr. Riffel currently holds the position of chairman of the Oklahoma Municipal Utility Providers, and serves in various other capacities locally and with state organizations.